Is your Messenger app okay after installing iOS 13.3 update on your iPhone X? If the app shows some irregularities like it crashes when you tried launching it, we got crashing covered.


We have gathered helpful tips to fix Messenger keeps crashing issue after iOS 13.3.  Read further and refer to the solutions we have listed below to hopefully fix the messaging app crashing issue on your iPhone device.

Messenger is a famous messaging app powered by Facebook. And it is known to be among the most stable and sturdy online apps available for free. However, its stability has been deprived during the iOS 13.3 implementation. Right after the system update, the Messenger app lost its composure. As a result, the messaging app keeps crashing when launch.

While most of the affected users blamed the iOS update as the main culprit, there are also other factors that can trigger the Messenger app to keep crashing. Network connectivity errors and failure to update the app to its latest version are among the possible triggers that cause the app to constantly crash.

To address the Messenger keeps crashing issue on iPhone X device after iOS 13.3 implementation, we have mapped out attainable fixes users can refer to. Read on and start troubleshooting your iOS device.

Often times, giving your iPhone X a quick and clean start can clear out minor software glitches and iOS bugs that cause the Messenger app to crash. Thus, eliminating the crashing issue on your iPhone X device. Here’s what needs to be done:

Wait until your iPhone X to finish booting app and launch Messenger again to see if the crashing issue has been fixed. If not, try the next solution.

It turns out that an app left on standby mode for quite some time has a tendency to act up. If the underlying cause for the Messenger crashing issue to become apparent is because it was left running in the background for a long period of time, then closing this running app will help fix the crashing problem. Try the steps below and see the result:

We also recommend closing the remaining apps running in the background to avoid any of them from conflicting with the Messenger app and prevent these apps from becoming faulty as well. Once all the running apps in the background are completely closed, restart (soft reset) your iPhone X to junk cache files from these rouge apps. Then try to open the Messenger again and check if the app is no longer crashing.

Third solution: Update the Messenger app on your iPhone X to fix the app crashing issue.

If the Messenger still keeps crashing when open, try to update the app to its latest version available. This is necessary if you haven’t set your iPhone to auto-update. Third-party apps developers usually roll out apps updates soon after the new iOS version’s rolling. This is to ensure that their apps will be able to cope up with the phone’s current system. Here’s how you check for and install the pending apps updates:

The moment your phone’s network connectivity becomes faulty, all online apps and services will also fail. And it is possible that the recent iOS update somehow flawed your saved preferred networks. To make sure that it isn’t causing the Messenger app to keep on crashing after the new system implementation, reset your phone’s network settings using these steps:

Once the reset is done, your iPhone X will reboot by itself. All the saved networks, Wi-Fi passwords, Bluetooth connections, and installed VPN settings have been deleted. Being said, you need to set-up your Wi-Fi network again and then connect. Once your iPhone X has acquired a stable internet connection from your wireless network, open the Messenger app and use it as you normally do.

Fifth solution: Delete and then reinstall the Messenger app on your iPhone X.

When the app remains erratic even after wiping out possible faulty values and options on the network settings on your iOS device, it’s possible that the Messenger app has been totally corrupted for whatever reasons. Hence, this can be rectified if you delete the app from your phone’s memory and then install it again. Doing so will give the app a fresh start. To get this done, refer to these steps:

After deleting the app, restart (soft reset) your iPhone X. Then head to the App Store. Go to the search field and type in Messenger to install the app again. Tap Get or the Cloud icon to install the app. Right after you have successfully installed the Messenger, launch the app to check it no longer crashes.

Other options:
Free-up iPhone X memory space. Once your phone’s storage becomes insufficient, relevant phone symptoms like app keeps crashing issue become apparent. If none of the troubleshooting procedures fixes the Messenger issue up to this point, you may consider deleting some of the content saved in your phone’s internal memory like photos, videos, and other unwanted files. You can also delete those apps that are taking too much space on your iPhone X. Go to General->Settings->iPhone Storage to view your phone’s available space. Then delete unwanted content when needed.
Log out from Facebook and log in again. Since you’ve recently uninstalled and reinstalled the Messenger app,  try logging out from Facebook and log in again. This simple trick can also help app errors like constantly crashing issue.

You may resort to a more drastic solution if none of the given solutions above fix the Messenger crashing issue on your iPhone X. And this is to restore your iPhone to factory default settings. We call this method as “drastic” option because it will delete all saved content in your iPhone’s internal memory aside from the major system glitches and tough iOS bug that caused the Messenger app to keep on crashing when launch. So make sure to back-up your files with either iCloud or iTunes beforehand if you wish to try this option.

Alternatively, you can also escalate the issue directly to Facebook/Messenger Support. If the rest of your in-apps are up and running, it is possible is with Messenger’s server only. Make sure to relay everything that has been done on your end so you’ll be provided with proper resolution. On the other hand, you can also contact Apple Support for further assistance and recommendations since the problem occurs right after installing the new system update. 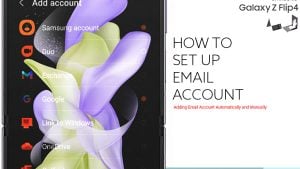 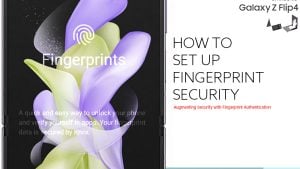