This post will walk you through dealing with the iPhone 13 won’t turn on issue. Read on to learn why an iPhone suddenly refuses to power on and what to do in order to get it back up running in no time.

Unless your iPhone doesn’t have any sort of hardware problems such as liquid or physical damage, performing the subsequent procedures will likely get it back up and running properly again.

Before you begin performing the suggested fixes, just try to charge your iPhone. This is recommended to determine whether or not your phone is able to charge. Be sure to give it ample time to recharge and ensure that the charging indicator appears on the screen. If your iPhone doesn’t show the charging indicator, then it’s likely not charging. In this case, you’ll need to deal with a charging problem instead.

If your iPhone is able to charge but for some reason it doesn’t power on, then you can rule out software-related culprits with these subsequent methods.

As the name implies, this method works by forcibly triggering the device to shut down and restart. It usually comes in handy whenever your iPhone gets stuck, frozen or suddenly stops responding.

Just like the prior iPhone 12 and 11 variants, the recently released iPhone 13 also doesn’t come with a Home button. Having said that, the process of performing a force restart on the iPhone 13 is also the same with the iPhone 12 and iPhone 11. For starters, just follow these steps:

By then, the phone should instigate the boot-up sequence. Just wait for it to finish booting up to the Home screen.

Another useful tweak to deal with this issue is a forced restart while charging. This is often necessary if the phone doesn’t turn on due to several rogue apps draining its power.

Should you wish to give it a try, here’s how it’s done:

If this doesn’t fix the problem and your iPhone 13 still doesn’t power on, then there’s a higher chance that you’re dealing with a more serious issue like some damaged components.

Before you set up for a technician visit at the Genius bar, you still can try resorting to an iTunes restore.

If the given fixes failed to get your iPhone 13 to power on, then you may consider restoring your iPhone in iTunes.

An iOS restore is usually needed to deal with fatal iOS errors that cause the device to malfunction and get stuck on black screen.

Performing a recovery mode restore or iTunes restore is often deemed a potential solution to iPhone issues that are tied to complex system errors including post-update bugs that caused system apps and data to end up being corrupted.

An iOS restore works by wiping everything from the system and puts the device back into its factory state. This therefore clears out any fatal system errors and corrupted third-party apps that caused the iPhone and other preloaded iOS apps to malfunction.

If you’ve got a compatible computer with the latest version of iTunes app installed or a Mac computer, then you can use it to perform a recovery mode restore or DFU mode restore.

But first, just try to connect your iPhone to your computer via Apple-supplied USB cable.

Then, open iTunes on your computer then wait and see if it’s able to recognize  your iOS device. If your iPhone 13 shows up in iTunes devices, then that’s an indication that iTunes detects it. By then you can use the built-in Restore command in iTunes and follow the rest of the onscreen instructions.

If all else fails, iTunes and third-party iOS repair tools can be regarded among the last potential solutions. With iTunes, you can restore your iPhone in recovery or DFU mode.

Putting the phone in recovery mode will let you restore the system and then set the device as new. This is often used to deal with complex iOS problems that could not be rectified by basic workarounds.

If your iPhone isn’t recognized or not detected in iTunes, then you may try putting it in recovery mode with these steps:

By then, you should see a pop-up message telling you what to do next. Just do as it says.

If for some reason, iTunes recovery mode is not working, you can do a DFU mode instead.

Device Firmware Update (DFU) mode puts your device in a state that it’s still able to communicate with iTunes without activating the bootloader. This is usually deemed as the final resort when dealing with major iOS problems including post-update bugs.

To get started, launch iTunes or Finder on your computer then connect your iPhone via USB cable. While the device is connected, continue with these steps:

If the screen remains completely black, it means you’ve successfully entered DFU mode. By then you can use iTunes or Finder to repair and restore your iPhone 13 as new.

Note: This method is only applicable if your device is free from any sort of liquid or physical damage.

Aside from iTunes, you may also resort to some third-party iOS repair software to repair your stuck iPhone 13. These tools can be downloaded for free or via one-time purchase on a compatible computer.

Once you’ve got the tool that’s compatible installed on your computer, just plug your iPhone into the computer via USB cable, the same way you did when using iTunes.

After plugging in your iPhone, run the software and allow it to detect your device. After that, follow the onscreen prompts to start repairing your iPhone.

These tools are generally designed with a user-friendly interface so it should be easy to use. Just use the integrated commands and controls to fix your iPhone that won’t turn on.

Hope any of this helps! 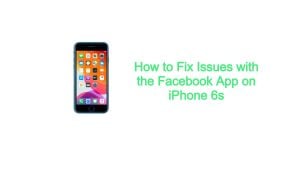 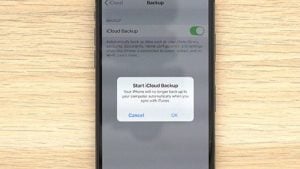 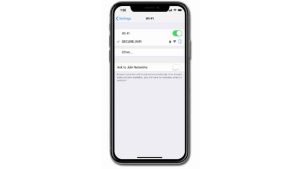 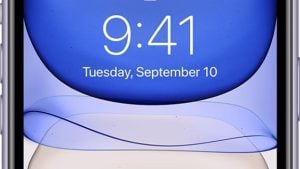 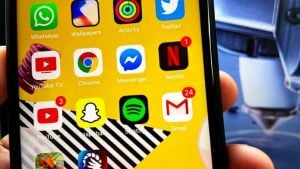 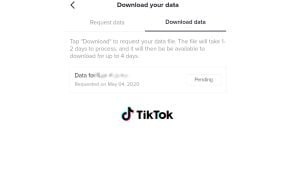