Firmware updates are supposed to fix issues but there are times when new problems may occur after updating the devices. Such is the case with some owners of the Samsung Galaxy Note 9 who reported that their devices won’t turn on after the Android 9 Pie update. But the thing is that if your phone doesn’t have any signs of physical and/or liquid damage, it’s probably just an issue with the firmware. Needless to say, you can fix such issues on your own without any help from a technician.

In this post, I will walk you through in troubleshooting your Galaxy Note 9 that won’t turn on after the Pie update. We will try to consider every possibility and rule them out one after another until your phone powers and boots up successfully. So, if you’re one of the owners of this phone and are currently being bugged by the same problem after downloading the Pie update, continue reading as this article may be able to help you one way or another.

Before we move on to our troubleshooting, if you happen to find this post while looking for a solution to a different problem, then visit our Galaxy Note 9 Help Guides page for we have already addressed some of the most common issues with this device. We may have already published articles that could help you fix your problem. Find issues that are similar with yours and feel free to use our solutions.

Troubleshooting Note 9 that won’t turn on after Pie update

Firmware issues are not really that serious. In fact, in this troubleshooting guide, I will give you two surefire ways to fix this problem and make your phone respond again provided it’s not a hardware issue. With that being said, here are the things you need to do…

First solution: Force restart your Note 9 that won’t turn on

That’s right! This problem can be fixed by a simple forced reboot. Most of the time, this issue is due to a firmware crash that leaves your phone to be unresponsive with a black screen. While it may seem like a hardware issue, it’s actually just a minor firmware problem that can be fixed with this method. Here’s how it’s done…

The moment the Note 9 logo shows, that’s the sign that the problem is fixed. However, if your phone won’t respond after the first try, do this procedure a few more times and if it’s still not responding after that, then move on to the next procedure.

After doing the forced reboot procedure a few times and your Galaxy Note 9 is still not responding, then it’s possible that the battery got drained completely and the firmware crashed just before was powered down due to insufficient power. As a result, your dealing with a couple of very minor issues that both result to an unresponsive device. But the thing about it is that your phone won’t respond even if you connected it to the charger but don’t worry, it’s fixable. Here’s what you need to do:

If your phone still won’t turn on after doing this, then it’s time to bring the phone to the shop or back to the store so that a technician can check it up for you. It’s a possible hardware problem.

But most of the time, when a phone won’t turn on after it turned off on its own, it’s a system issue that could be fixed by an of these procedures. If you were able to make your phone respond again, at least you know what to do if the same issue happens again in the future. One way to prevent it from happening frequently is by doing the master reset. However, before the reset, make sure to create a backup of your important files and data as they will be deleted during the process. Also, remove your Google and Samsung accounts so that you won’t be locked out. Here’s how to reset your phone:

I hope that we’ve been able to help you fix your Galaxy Note 9 that won’t turn on. We would appreciate it if you helped us spread the word so please share this post if you found it helpful. Thank you so much for reading! 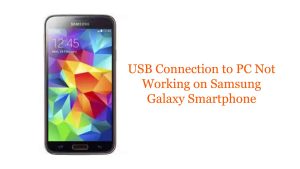 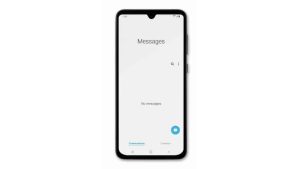