If your Samsung Galaxy Note 9 is no longer charging wirelessly, verify if it charges when connected to the computer. If the phone is only having issue with wireless charging, troubleshoot further using the tweaks mapped out below.

Charging issues aren’t really that serious provided there’s no problem with the circuits and the battery of your phone. Troubleshooting a Samsung Galaxy Note 9 wireless charging that won’t charge would be easy. You don’t need complicated procedures to fix it. In fact, most of the issues related to charging have been minor except, of course, for many Note 7 units that have defective batteries out of factory.

Samsung however, assured users that the battery of the Note 9 won’t explode and so far, there hasn’t been any reports of such incidents. So, if your unit suddenly won’t charge, the problem could be fixed without having to bring the device back to the store.

In this post, I will walk you through in troubleshooting your Galaxy Note 9 wireless charging that’s not charging. We will try to do the practical ways in determining if the problem is with the hardware or caused by some firmware issues. So if you’re one of the owners of this device and are currently having charging issues, continue reading as this post may help you.

Before we proceed however, if you have other issues with your phone, visit our Note 9 Help Guides as we’ve already addressed some of the most common issues with this phone.

The following are the most practical ways to troubleshoot your phone that stopped charging. Try to see if it also works for you…

If you have both wired and wireless charger, make sure to narrow down the problem by testing the phone with one charger after the other. This way you only have to troubleshoot the device to work with the charger it has issues with.

For instance, if the Note 9 doesn’t work with wired charger but works with the wireless pad, then you can immediately narrow down the problem to either the cable or the charger itself. If it doesn’t charge wirelessly then there could be an issue with the wireless charger so you can try using a different unit to see if the phone charges fine.

However, if the phone doesn’t charge with either of the chargers, then the problem could be with its battery or it could be a hardware problem.

Check the charger and the cable (wired charger)

Assuming your Note 9 works with the wireless charger, the next thing you should do is physically check both the charger and the cable. Check the port of the charger to see if there are debris or lint stuck in it as something could be obstructing conduction. As the the cable, you have to check both ends for any foreign objects that may also be obstructing conduction. Then, find out if there’s a break somewhere.

One way to find out if it’s a cable problem is to connect your phone to a computer to see if it gets detected and recognized and if it does, then the problem could really be with the charger. When phone gets detected by the computer, it would also charge but then this will prompt you to get a new charger.

If you’re not sure if the battery has been drained or not but the phone’s screen is black and seems unresponsive, then you must perform the Forced Reboot because it’s possible that the problem is due to a firmware crash. When the system crashes, your phone won’t turn on no matter how many times you press the power key and it won’t respond when connected to its charger regardless whether it’s wired or wireless.

To perform the forced reboot procedure, do these:

If the problem is due to a crash and you’ve done this procedure correctly, then your device should be booting up by now. If it does not, then try this instead:

In so doing, you’re performing the forced reboot while the phone is connected to its charger. This usually fixes problem that’s caused by a system crash with a drained battery.

Bring the phone back to the store

Assuming your phone doesn’t charge wirelessly and wired whether the device is still powered on or off, you should bring it back to the store so it will be replaced. A high-end, brand new smartphone like the Samsung Galaxy Note 9 should work without a hitch in everything especially charging. You don’t have to deal this kind of problem by yourself considering the price you paid for the device.

However, if your phone suffered from either physical and/or liquid damage, then you may not be able to get it replaced.

I hope that this troubleshooting guide have helped you in one way or the other. Comment down below if you have other issues or if this one works for you.

We are committed to helping our readers fix the problems with their phones as well as learn how to properly use their devices. If you have other issues, you may visit our Help Guide page so you can check by yourself the articles we’ve already published that contain solutions to common problems. Also, we do create videos to demonstrate how things are done on your phone. Visit our YouTube Channel and please subscribe to it. Thanks. 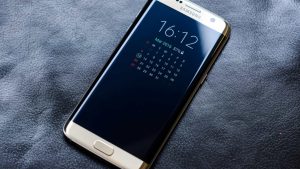