In this troubleshooting guide, we will show you what to do if your Galaxy Note 20 won’t turn on after installing the Android 11 update. Such a problem can be due to a minor firmware issue, or it can be a sign that it needs to be checked by a technician. Read on to learn more about it.

When a high-end device like the Galaxy Note 20 powers down and won’t turn back on, there are always two possibilities. Either it’s a hardware problem or a minor issue with the firmware. As an owner, you should try to troubleshoot it as you may be able to fix it on your own. With that being said, here’s what you should do:

First solution: Make sure it’s not due to a physical or liquid damage

Before doing any troubleshooting procedures, inspect your phone first to see if there are any visible signs of physical damage. If the screen is cracked or broken, then that’s probably the reason why it won’t light up anymore.

Also inspect the sides and the back to see if there are scratches or dents. Aside from that, look into the charging port to see if there’s some kind of moisture in it. If there is, then try to dry it up using a Q tip or insert a piece of paper to absorb the moisture.

If it’s either due to physical or liquid damage, then we suggest you bring the phone to the shop and have it repaired. After all, there’s only so much you can do about that.

But after making sure it’s not due to physical or liquid damage, then try the following solutions.

The next thing you have to do to try and make your phone respond again is the forced restart, or simulated battery pull. As long as it’s not due to physical or hardware damage, most of the time the problem is only due to a firmware crash. You can fix that by doing the Forced restart. Here’s how:

If you’re able to make the logo show, then that’s a sign that the problem isn’t serious and your phone should already be working now. However, if it’s still stuck on the black screen after that, then try the next solution.

Third solution: Charge your phone and do the Forced restart

After attempting a few times to power up your Note 20 with the Forced Restart and it still won’t respond, then it’s possible that the battery is drained. So charge it for a few minutes and see if that fixes the problem.

If you can make your phone boot up by doing any of the solutions here, then the problem isn’t really serious. However, if your Note 20 still won’t turn on after this, then it’s time you have it checked.

And that’s what you need to do if your Galaxy Note 20 won’t turn on. We hope that this troubleshooting guide can help you.

If you find this guide helpful, please consider supporting us by subscribing to our YouTube channel so that we can continue creating helpful contents. Thanks for reading! 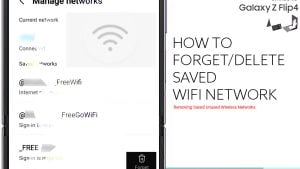