Performance issues are pretty common even to high-end devices like iPhones. More often than not, these issues occur after an update and that seems to be the case with some owners who recently updated their iPhones to iOS 13.3. Shortly after the update, some owners reported that their devices are has become laggy to the point that they can no longer use it properly. Lags that resulted from a firmware update may range from minor sluggishness into a more serious freezing issues. The iOS 13 update was a major update for iPhones and it’s actually a pretty stable update. But even premium devices aren’t perfect so lagging issues may occur every now and then. And as an owner, you are expected to perform some procedures to try and fix your laggy iPhone.

In this post, you will learn how to troubleshoot your iPhone that has become so sluggish and laggy after an iOS 13 update. I have personally encountered this problem and I know that it’s not really serious, especially if your device has been working properly prior to update that caused your iPhone to work like this. If you have a problem like this, continue reading as we may be able to help you one way or another.

In this post, we will try to look into all possibilities and rule them all out one after another until we can determine the reason as to why your iPhone has become laggy and sluggish after the iOS 13.3 update. With that being said, here’s what you should do:

It sometimes happens that after an update, some files or caches gets corrupted and it may need more than one reboot sequence before a device can run properly again. As an owner, you should be able to tell or compare the performance of your iPhone before and after the update. If it was working properly prior to the iOS 13 update, then the problem is pretty minor and doing the forced restart may be able to fix the issue. Therefore, the first thing that you have to do if your iPhone has become laggy is the forced restart.

How to force restart a laggy iPhone

When the reboot is finished, try to see if your iPhone is still laggy or slow. If it is, then move on to the next solution.

Second solution: Try closing all apps running in the background

As we know, apps are left running in the background even after you use them. Depending on how you look at it, that’s actually a good thing because you don’t have to wait for several seconds to re-use the apps that might be important to you. However, if there are already so many applications that run in the background, that could also affect your device’s performance and that might be the case here. So to rule out this possibility, it’s best to close those apps while you’re troubleshooting your iPhone.

How to close background apps on an iPhone

After closing all applications that are running in the background, try to observe your iPhone to see if it’s still laggy. If the problem remained, try the next solution.

Third solution: Reset all the Settings on your device

Since this kind of problem started after an iOS update, it’s possible that some settings on your iPhone have been messed up and that might be the reason why it has become so slow and laggy. Fortunately, if that’s the case with you iPhone, there’s a procedure you can do to fix it and that’s to reset all settings. If you do this procedure, only the settings you made will be deleted and none of your files, data or apps will be erased.

How to Reset All Settings on iPhone

Your iPhone will reboot after this, once it has finished rebooting, try to use the phone as you normally would to see if it’s still sluggish, slow or laggy. When it comes to problems like this, more often than not, this procedure is more than enough to fix it. However, if your iPhone is still laggy and sluggish after this procedure, then try the next one.

Fourth solution: Backup your files and reset your device

When it comes to performance issues, a reset can always fix them provided that the iPhone doesn’t have any signs of physical or liquid damage. That’s what you have to do now but prior to that, make sure to create a copy of your important files and data because they will be deleted from your iPhone and you may not be able to retrieve them after the reset. After the backup, follow the instructions below on how to reset your iPhone.

How to factory reset an iPhone

When the reset is finished, try to see if your iPhone with iOS 13 is still laggy or slow. Most of the time, problems like this gets fixed with this procedure but if for some reason the performance of your device hasn’t improved, then you have no other choice but to do the next solution.

Fifth solution: Do the DFU Restore

Restoring your iPhone would always fix any firmware or software issues including performance problems. However, it may not be as easy as the rest of the procedures you have done. Some may find it very complicated so if you’re one of those users, it’s better to just let the Apple tech handle the problem for, although you may have to set up an appointment at the Genius Bar first. But if you think you can do it, then follow the instructions below.

How to restore an iPhone via DFU mode

I hope that we’ve been able to help you fix your iPhone that became sluggish and laggy after the iOS 13. Thanks for reading! 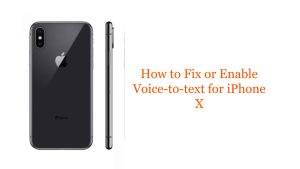 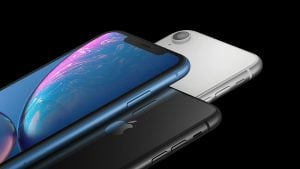 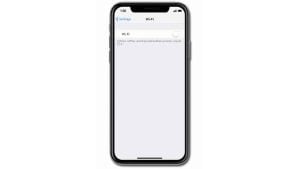 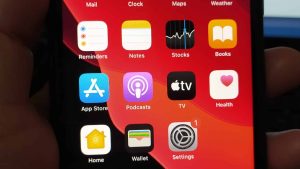 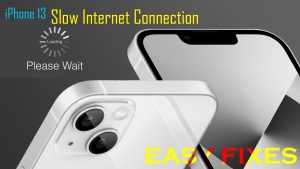 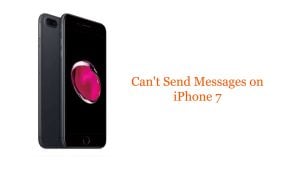