The problem on frozen or unresponsive displays in mobile devices isn’t always due to hardware damage. In fact, many cases of unresponsive or frozen iPhones have been tied to system issues. This is usually the case if the symptoms transpired in new devices. Tackled in this post is a relevant issue on the new iPhone 11 handset that suddenly keeps freezing. Keep scrolling to find out more on how to deal with this issue. 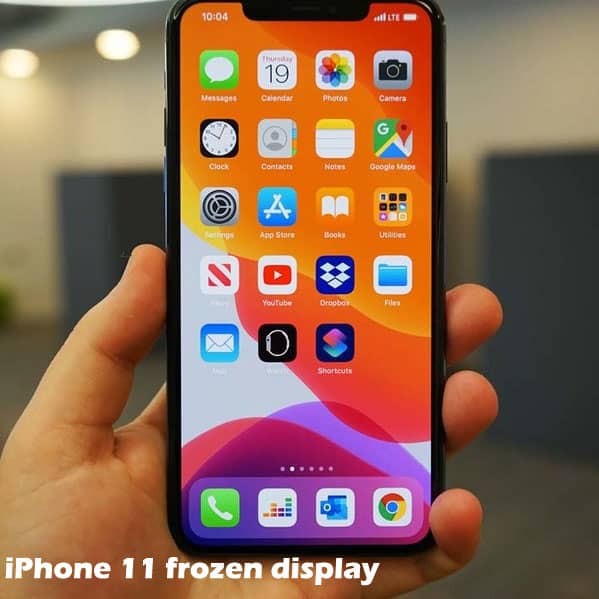 Common factors that can make your iPhone 11 frozen

The following are factors that you should consider ruling out when dealing with freezes and other display issues on an iPhone.

Troubleshooting an iPhone 11 that’s freezing or not responding

It is unusual for a new device to give into performance issues at an early stage unless it has obtained some sort of damage from prior incidents of accidental drops or liquid exposure. Nonetheless, random freezes and other display issues can likewise be triggered software-related factors. That said, it’s still possible for your new iPhone 11 to run into such an issue. To give you some inputs, I’ve laid out some applicable workarounds you can use to eliminate common software-related factors that makes your iPhone 11 frozen. Try applying each of these methods before rushing to an Apple Genius bar for service.

Minor system issues including those depicted by random freezes and other display issues are usually dealt with by a soft reset. But since your iPhone screen is not frozen or not responding, you will need to carry out the alternative method which is a force restart. It is simultaneous battery removal procedure that is used to force an unresponsive system to shutdown and enter the boot sequence. And here’s how it’s done:

It may take longer than usual for the Apple logo logo to show up especially if the system had crashed. Just wait for the logo to come out and your iPhone executes the boot sequence.

If your iPhone managed to boot up to the Home screen through a force restart, free up the system from any possible triggers. As mentioned above, rogue apps, corrupted files, update bugs and even settings that aren’t properly configured are among the possible triggers. That said, consider eliminating each of them. So here’s what you should do after your iPhone reboots:

Third-party apps can also make your iPhone 11 frozen. If your iPhone started to freeze after installing a new app, then that app could be the main trigger. In that case, try to check if there are any pending updates for that app. If there is, then try to update the app and see how your iPhone behaves afterward. If the problem continues, then you may have to consider deleting the app instead.

To clear out erratic settings that might have caused system conflicts and trigger the symptoms, try to reset all settings on your iPhone. This will erase all your current system settings and then restores the original values and options without affecting the internal data saved on your iPhone storage.

Follow the rest of the onscreen instructions to complete the settings reset. When the reset is finished, your phone restarts. By then you can start re-enabling necessary system features and options.

The latest iOS update released by Apple to date is iOS 13.3. Like the prior iOS versions, this update also contain some bug fixes. That said, this can also be the key to fixing your iPhone if stubborn system bugs are the main triggers.

If your iPhone is frozen, then you can use iTunes to manually check and install new iOS updates for your iPhone instead.

Also consider checking the current memory status of your device to make sure that the problem isn’t attributed to insufficient storage. Random freezes may also occur among other memory-related performance issues. Thus, it’s still imperative to check the available memory of your device despite its high storage capacity.

Second solution: Use iTunes to erase and eliminate complex system errors that make your iPhone 11 frozen.

This method is also referred to as a factory reset in iTunes. It works by wiping all data from your iPhone system including apps, downloaded content, contacts, and other personal information and then restores the factory default settings. Complex system errors that trigger stubborn symptoms are usually addressed by this reset, but the main downside is the fact that it results in permanent data loss. A faster way to factory reset an iPhone is through its settings menu.Given that your iPhone is not performing stable, using iTunes to manually erase all data and restore factory defaults is recommended. Just refer to these steps:

Confirm action by clicking on the Restore button from the message prompt.

Wait for your computer to finish erasing and installing the latest iOS version available for your device. Your iPhone restarts after the factory reset and then loads up the factory settings. By then you can set it up as new.

If your iPhone continues to freeze and you wish to troubleshoot further, the next option you’ve got is a DFU or Device Firmware Update mode restore. This is often deemed among the last potential solutions to deal with major iOS problems. While in DFU mode, you can use iTunes to repair fatal system issues and restore your device from a previous iOS backup. You can also use this method to delete any expired beta version of iOS that might have triggered your iPhone to act up. To enter DFU mode on your iPhone 11, just follow these steps:

If your iPhone screen remains completely black, that denotes it has successfully entered DFU mode and is all set for system repair and restore. iTunes will then prompt a message that it has detected your iPhone in recovery mode and that you must restore it before it can be used. This is the point when you should restore your iPhone in iTunes.

Just follow the rest of the onscreen prompts to finish restoring your iPhone in iTunes. If the system restore is successful, just force restart your iPhone to exit DFU mode.

Complex system issues in iOS devices that could not be rectified by iTunes may still be possibly resolved using alternative iOS repair and restoration tools. These tools are generally intended to address major iOS problems including issues depicted by recurring symptoms of stuck display or unresponsiveness. Like iTunes, these tools can be downloaded and installed on a compatible computer. You may opt to use a free version or make a one-time purchase for full system access. Among the widely used iOS repair tools for new iPhones are Joyoshare Ultfix, Dr. Fone – Repair, Tenorshare ReiBoot, FonePaw iOS System Recovery and PhoneRescue for iOS, to name some.

Just read previous reviews from prior users so that you’ll get more hints in determining which tool meets your needs.

Is your iPhone 11 still frozen?

If you’ve reached this point having the same problem, there’s a better chance that hardware damage has made your iPhone 11 frozen. An iPhone that’s enduring performance issues depicted by random freezes or unresponsiveness is either having some major system issues, if not, damaged components are present. The above procedures are usually adequate in restoring an iPhone’s normal performance, for as long as system issues are the underlying cause. Otherwise, service or iPhone repair would be necessary.